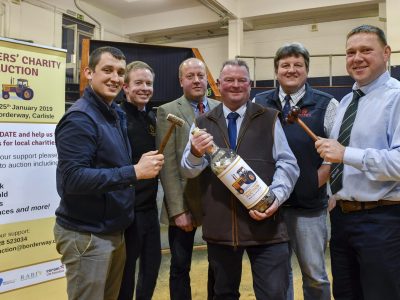 It’s not too late to get involved and donate to the North Wests Farmers Charity Auction.

Five marts from the North West are pulling together for what promises to be the largest Farmers Charity Auction in its 35-year history, which will see proceeds going towards several of Cumbria’s most worthy causes.

Auctioneers C&D Longtown, Harrison & Hetherington, Hopes of Wigton, Mitchells of Cockermouth and Penrith Auction will co-host the 2019 Farmers Charity Auction on Friday 25th January at Carlisle’s Borderway Auction Mart, and donations are still being welcomed to make this a record-breaking event. 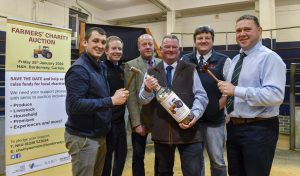 Since its inception in 1983, the Auction has raised tens of thousands of pounds with the last event held five years ago raising an impressive £42,000, which the organising committee are aiming to match or exceed this time around.

Helping to reach this target are some incredible donations already which include a summer weekend in London (donated by The Farmers Club);  a day’s fencing (donated by David-Mark Potts); a cookery lesson for two people at Betty’s, Harrogate (donated by Rural Insurance) and the Burn How Garden Hotel have donated a 2 night dinner, B&B based in Bowness-in-Windermere.

For those interested in more farming related lots, there is also a tremendous catalogue of entries including a Yamaha Quad Bike/ATV donated by Carlisle farmer, John Wood; 20 Round Bales of Straw (donated by Messrs EI Coulthard) and a number of donations from Carrs Billington including a pallet of Crystalyx, 500L Red diesel + 25L Oil, a Lamb Creep Feeder, 6 Rolls Purple Silage Wrap and 5 bags of milk powder. Alex Scott, from Dalston, has also donated 2 Herdwick Lambs and Mr Swainson, from Thurstonfield, has pledged a Limousin bull calf which is yet to be born.

The organisers are still welcoming any donations, and stress that they do not require the big-ticket items headlining the event. Also, any farmers selling at participating auctions immediately prior to the 25th January auction, are invited to offer up an animal as a lot. All proceeds generated from these sales will be donated to the overall Charity event.

Commenting on the huge generosity for this rural fundraiser, Chairman, Nick Utting said: “The amount of support and kindness we experience in the run up to this event never fails to amaze me. It is a credit to the whole farming and rural community, who continually show their empathy and compassion for those less fortunate.”

The 2019 event promises to be a fantastic occasion, with much more on offer than the primary auction. Hannah Jackson, Red Shepherdess will open the event and sell the first sheep. Rory Stewart MP will be in attendance and compering will be in the hands of Radio 4 presenter Caz Graham and Val Armstrong from Radio Cumbria.

Entertainment will be provided by the auctioneers representing each mart and includes “Strictly Jigging” with a Scottish Theme and a ‘Dancing in Pairs’ segment, with two dancers from each mart taking part. As it’s Burns Night date, the entertainment will be piped in by piper Nigel Bell and music will be supplied by the Allerdale Fiddlers. There will be a warm up waltz followed by a judged trio of dances including the Gay Gordons, Military 2 Step and Strip the Willow.

The money raised from the 2019 auction will be split between four charities, which this year includes the Heart Centre Cumberland Infirmary, the Stroke Unit Carlisle, R.A.B.I., and Life Education Cumbria.

To get involved in this incredible event, and help raise much needed funds for worthy causes, please contact your local auction mart or email charityauction@borderway.com.

For up-to-date news on the auction please like/follow our activity on Twitter @farmers_auction and on Facebook @Farmerscharityauction. 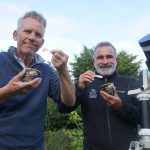 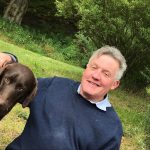 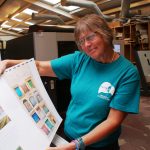 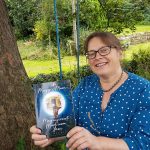 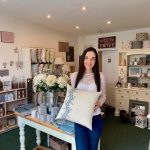